From 19th Century to the Present Day

By resuming monastic life at Solesmes in 1833, Dom Guéranger wanted to restore it as a treasure for the Church. He established the celebration of the liturgy and study as his monks' priorities, tempered by family life and separation from the world.

The community grew quickly as soon as it was founded and the Maurist priory buildings were soon too small to accommodate all the monks. They were therefore extended by successive abbots, despite a constant stream of difficulties: scarce money, the community's expulsions in 1880 and 1882 (forcing the monks to live in private houses in Solesmes village and surrounding area), exile in England from 1901 to 1922, world wars, etc.

The monastery also began to exert a hitherto unknown influence. Solesmes founded twelve communities in 150 years, including Ligugé (restored in 1853) and Sainte-Madeleine de Marseille founded in 1865. Nine of them still exist today. These communities in turn have made foundations, thus making Solesmes the head of an international congregation. The abbey also has an influence via its monks’ work: research in the sacred sciences, the restoration of Gregorian chant, sacred art, etc.

The Second Vatican Council reasserted the value of this spiritual heritage. With its contemplative focus and attachment to celebrating the liturgy in Latin and with Gregorian chant confirmed by the Church, the community continues to live Benedictine life according to its founder's specific charism some 180 years after its restoration. 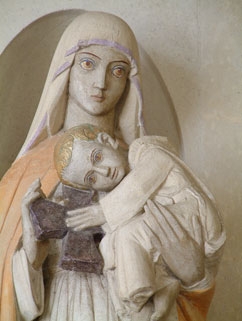 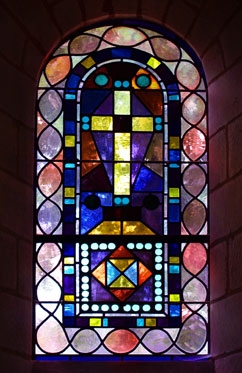